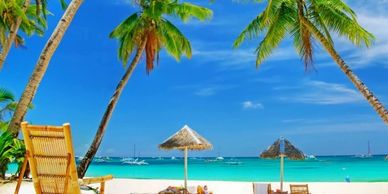 Goa Tour Packages From Delhi
Day 01: - Delhi To Goa (Flight / Train)
After dinner with the hotel, pick-up at the hotel with the transfer of the airport for free

Day 02: - Sightseeing  South Goa
After breakfast, go to South Goa for a full day tour. Over night stay at hotel.

Miramar Beach: A beautiful golden beach of soft sand with Pan Reis, facing the blue Arabian Sea, Panaji is the capital of Goa. Here is the meditation of the chief minister of Goa.

Donna Paula: A delightful picturesque location. See a good view of the Zuari River and the Marmogha harbor. Features of the water scooter are available here.

Bom Jesus of Basilica: (Old Goa Church) is the most famous church of Goa built in the 16th century. The mortal remains of St. Francis Xavier, kept in the silver casket, are rich here.

Mangeshi Temple: Devoted to Lord Shiva, being built in the 17th century.

Day 03: - Various tourist destinations in North India.
After the breakfast of North Goa all-day stay in the hotel after dinners in the morning and night.

Kalangute beach: which is widely known as the queen of Goa's beaches. Holidays and beat shows attract hundreds of people here.

Vagator Beach: A beach known as its homeland with Chapora Fort

Anjuna Beach: Very popular among foreigners and is a beautiful picnic spot.

Fort Aguada: The order of the Portuguese to enter the river Mondovi to defend the old Goa for attack of enemy by 1609-1612. The house of the fort is currently central prison. A light column is located nearby.

Day 04: - Goa To Delhi
After breakfast, check out the hotel and transfer to the airport for your next trip.